- Discussion:
- frx of anterior column & some anterior column-posterior hemitransverse frx are approached using ilioinguinal approach;
- ilioinguinal approach can give simultaneous access to both anterior & posterior portions of the pelvic ring;
- medial portion of this approach gives access to symphysis pubis and superior pubic ramus;
- if needed, sacroiliac joint & iliac fossa can be exposed through this approach;
- superior ramus frx:
- ilioinguinal approach allows control of iliac vessels and branches, and allows safe access to the superior ramus and
symphysis pubis;
- both column frx:
- may also be used for both column frx w/ large single posterior fragment, w/ reduction being achieved indirectly thru reduction
of  quadrilateral plate;
- in both column frx with displacement of the posterior column and extensile approach is needed;
- consider making a T extension which follows plane of iliofemoral approach between tensor fascia lata & sartorius;
- disadvantages:
- ilioinginal approach does not allow intra articular visualization of hip;
- if articular visualization is needed make a T extension of incision just medial to ASIS to allow exposure of hip joint
anteriorly;
- T extension follows plane of iliofemoral approach between tensor fascia lata & sartorius; 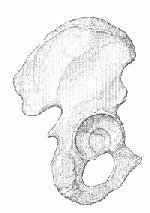 - PreOp Planning and Positioning:
-nerve:  a nerve stimualtor may be useful to identify the femoral nerve;
- artery:
- We only see what we know: Structures at risk during the anterior intrapelvic approach.
- corona mortis
- Use of temporary partial intrailiac balloon occlusion for decreasing blood loss during open reduction and internal fixation of acetabular and pelvis fractures.

- bladder:
- is separated from pubic bones by a space known as Cave of Retzius
- w/ fracture or prior surgery, there may be adhesions in this area, placing this structure at risk for
perforation;
- full bladder will make safe access to this area impossible, and a urinary catheter inserted preoperatively is vital;
- reduction:
- In Situ Bending Instruments for Pelvic Plates
- at least 2 surgical assistants are required for traction and retraction, otherwise consider intraop traction w/ a distal femoral pin;
- it is helpful to have a perineal post for countertraction;
- lateral traction can be effected by insertion of a half pin into the greater trochanter;
- for reduction of either SI joint dislocations or for fixation of iliac wing frx, it is not necessary to complete middle portion of
exposure unless acetabular reduction & fixation are required;
- reference:
- Simple intraoperative traction system for acetabular fracture surgery.
- The 'safe zone' for extra-articular screw placement during intra-pelvic acetabular surgery

- Incision:
- w/ the standard exposure, the patient is supine w/ a bump under the hip;
- w/ the extended exposure, the patient starts out in the 45 deg oblique position for the ilioinguinal
portion of the exposure, and the table is tilted inorder to expose the posterior crest;
- incision begins along lateral aspect of iliac crest & extends forward over the ASIS, and extends then
directly to symphysis pubis (or just above it);
- extended exposure involves a continuation of posterior incision extending from posterior iliac crest inferiorly over PSIS;
- dissection proceeds thru the superficial fascia of the external oblique and the rectus abdominus muscles;
- the inguinal canal is unroofed, which exposes the spermatic cord, which contains the vans deferens (round ligament), and the
ilioinguinal nerve;
- these structures are tagged w/ a rubber penrose drain;
- femoral neurovascular bundle and the lateral femoral cutaneous nerve are identified;
- incision is made along inguinal ligament (in line w/ its fibers), which allows attached abdominal muscles to be
retracted superiorly;

- lateral window:
- provides access to the iliac fossa and anterior sacroiliac joint;
- identify the demarcation between the abdominal muscles and the gluteus medius muscle to the iliac crest;
- use cautery to incise thru this demarcation, and then subperiosteally elevate the attachments of the iliacus and abdominal
muscles off of the crest and inner iliac table;
- carry this subperiosteal elevation from the SI joint to the ASIS;
- anterior sacroiliac joint and pelvic brim should be clearly visualized;
- flexing the knee and flexing and externally rotating the hip takes tension off the iliopsoas and improves the exposure;
- reference:
- Anatomical considerations of the internal iliac artery in association with the ilioinguinal approach for anterior acetabular fracture fixation.

- middle window:
- this window allows exposure from ASIS to the pectineal eminence, including quadrilateral plate; 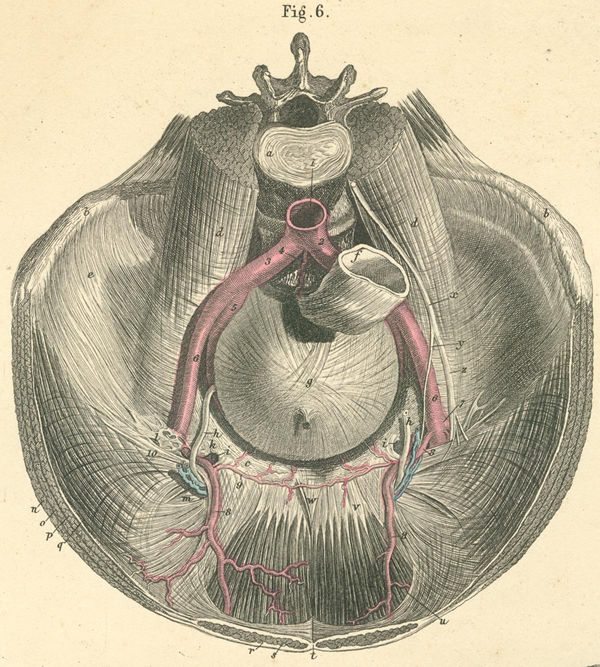 - identify and protect the psoas muscle, lateral femoral cutaneous nerve, and the femoral nerve;
- a penrose drain is passed around all three structures;
- incise the attachements of the inguinal ligament and sartorius from the ASIS;
- these structures will need to be securely reattached at the end of the case;
- pass a penrose drain around these structures for later indentification;
- by retracting iliopsoas medially, iliac crest can be identified;
- by reflecting the iliopsoas laterally and the vessels medially, quadrilateral plate can be reached;
- iliopectineal fascia:
- iliopectineal fascia separates the middle and medial windows (ie it is the layear of fascia which divides the iliopsoas and
femoral nerve from the femoral artery and vein;
- lateral wall of the iliopectineal fascia is identified just medial to the iliopsoas muscle;
- this fascia layer needs to be incised down to the iliopectineal eminence;
- prior to incising the fascia, ensure that:
- psoas muscle and femoral nerve are identified and protected with a rubber drain;
- external iliac artery and vein are identified as a unit and are protected with a rubber drain;
- locate obturator nerve and artery (either medial or lateral to femoral vessels as they enter the obturator foramen), and
attempt to locate an anomalous origin of the obturator artery (corona mortis) from the external iliac system;
- references:
- Femoral Artery Intimal Injury Following Open Reduction of an Acetabular Fracture
- Femoral Artery Thrombosis After Open Reduction of an Acetabular Fracture
- Operative treatment of acetabular fractures in an older population through a limited ilioinguinal approach.

- medial window
- to reach symphysis pubis, recutus abdominis sheath is divided, & muscles are removed from their insertion onto symphysis;
- this also gives additional access to the retropubic space and quadrilateral plate.
- exposure of pubic rami stays medial to femoral artery and vein;
- inguinal canal and ligament;
- external ring: the entrance to the inguinal canal is formed by decussating fibers of the external oblique muscle and fascia;
- spermatic cord (or round ligament) is located at the external ring;
- external oblique aponeurosis is incised 1-2 cm superior to external ring (over inguinal canal), but ring itself is left intact;
- lateral femoral cutaneous nerve has already be identified;
- a knife is used to incise inguinal ligament along its course from pubis to ASIS, which gives access to retropubic space
and iliac vessels;
- take care not to injure the obturator nerve as it passes underneath the superior ramus;
- references:
- Transsection of the rectus abdominis muscle in the treatment of acetabular fractures: operative technique and outcome in 21 patients.
- Femoral artery intimal injury following open reduction of an acetabular fracture
- Necrosis of the rectus abdominis muscle. Complication after ilioinguinal approach.]
- The Ilioinguinal Approach. State of the Art
- corona mortis

- extended approach:
- may be used for both column fractures which extend posteriorly to involve the SI joint or the sacral buttress;
- an advantage of the extended exposure is that the anterior circumflex artery is left intact, and inaddition this exposure may be
performed even in the presence of a Morel Lavale lesion;
- anterior portion of the incision is identical to the standard ilioinguinal approach;
- extended portion of the incision involves carrying the incision along the iliac crest to the posterior superior iliac spine;
- incision is then carried straight inferiorly inorder to expose the SI joint;
- posteriorly the incision is carried down to the gluteus fascia, which is then incised in line w/ the incision;
- subperiosteal dissection is then used to elevate the fracture;
- references:
- The extended ilioinguinal approach for specific both column fractures.
- Complications following the "T extensile" approach: a modified extensile approach for acetabular fracture surgery-report of forty-three patients.

- Hazards and Complications:
- corona mortis
- refers to retropubic vascular communication between either external iliac (or deep epigastric vessels) and obturator vessels
which can occur in 10-15%;
- 73% will have at least one vascular connection along posterior aspect of superior ramus which connects superfical system w/
obturator system;
- rectus abdominis necrosis:
- may occur in patients who have undergone previous ipsilateral transrectus abdominal exposure;
- inguinal hernia: may result from improper repair of the inguinal ligament