- piano sign
- if the femoral component has been placed in some external rotation, expect to see the piano sign from above (the lateral side will have a
nice flush cut, where as the medial side will appear undercut - resulting in the shape of a grand piano.)
- even though the piano sign is considered to be an indication of a properly performed anterior cut (proper external rotation),
the consequences is that anteromedially, the implant will be off the bone and there will be less mechanical fixation;
- references:
- Variations of the 'grand-piano sign' during total knee replacement. A computer-simulation study.
- Grand Piano Sign,” a Marker for Proper Femoral Component Rotation During Total Knee Arthroplasty 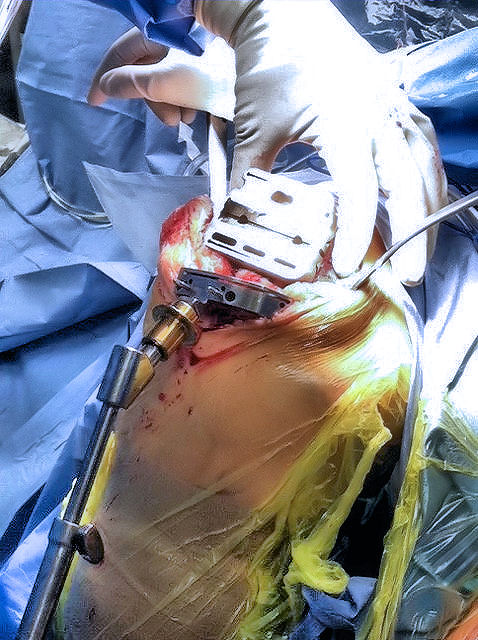 Anatomic variations should be considered in total knee arthroplasty

The effect of femoral component rotation on the kinematics of the tibiofemoral and patellofemoral joints after total knee arthroplasty.

Rotational alignment of the distal femur: a literature review

The Anterior Femoral Cortical Line: a New Technique for the Assessment of Intra-operative Femoral Component Rotation in Total Knee Arthroplasty